The first half of the 20th century witnessed the rise of fascist and authoritarian movements across the world. At the same time, housing for working classes, previously seen as a social instrument with hygienist purposes, became a topic of political interest. The growth of the labour movement and of the demand for a state response to the lack of housing pressured governments to produce housing massively and quickly to appease voters and suppress social uprisings. This section of the conference focuses on the use of housing as a political instrument in varying political contexts, from the first experiences in democratic regimes and welfare states to the multiple versions of authoritarianism that marked the century. 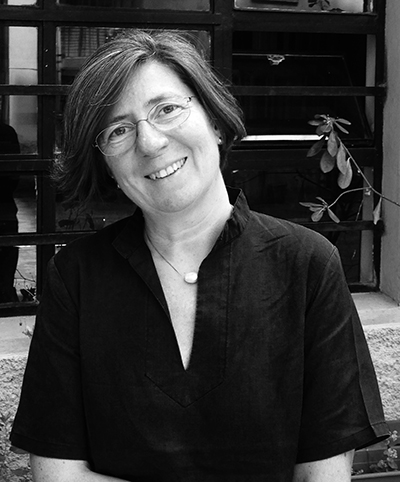 Orsina Simona Pierini
Associate Professor in Architecture and Urban Design at the Politecnico di Milano. She graduated in Milan in 1989, and obtained a PhD in Architectural Design in Venice in 1996. She has been working in the research group of Gio Vercelloni, with which she published several books on Milan and its urban iconography. After successive years working with Giorgio Grassi, she also edited his monograph of 1995, she moved to Barcelona in 1998, where started the collaboration with Carlos Martí and Pep Quetglas, materialized in the exhibition and book on JM Sostres, the texts on the houses of Coderch and most recent books, Passaggio in Iberia, Milan 2008, and Alejandro de la Sota, from matter to abstraction, Santarcangelo di Romagna 2010. During a recent sabbatical year, with Bruno Reichlin she investigated the notion of architectural critique, at the EPFL. Her research activity is based on an idea of architectural design that interprets the architecture of the city in its historical experience as material for contemporary design: in this field, she has published the book Sulla facciata, tra architettura e città, Santarcangelo di Romagna 2008, and the article Divorzio all’italiana: sui concetti di luogo e storia in un progetto di Ignazio Gardella, Zarch n° 1, Zaragoza 2013. She has addressed the importance of the role of housing in the urban design of the contemporary city in the study on the places of residence and the publication of the Housing Primer, le forme della residenza nella città contemporanea, Santarcangelo di Romagna 2012. She recently focused this research on the modern experience of milanese architecture expressed in the book Case milanesi 1923-1973, fifty years of residential architecture in Milan, Milano 2017. She has lectured at many universities in Europe and elsewhere, including Düsseldorf Kunstakademie, ETSAM and CEU San Pablo in Madrid, EINA Zaragoza, KIT Karlsruhe, EAR Tarragona, Beijing University of Technology, ETSABarcelona, Henry Van de Velde Institut Antwerpen, Bauhaus Universität Weimar. 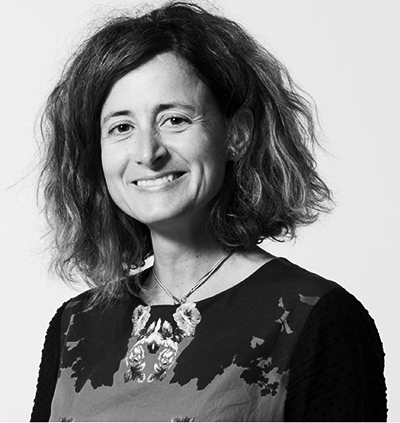 Sónia Alves is a Marie Sklodowska-Curie Postdoctoral Research Fellow at the Cambridge Centre for Housing and Planning Research, Department of Land Economy, University of Cambridge. She is also a Visiting Researcher at the Institute of Social Sciences (Instituto de Ciências Sociais), University of Lisbon and at Aalborg University. Her first degree is a BSc in Geography from the University of Porto (1997). She also holds a master’s degree in Urban Planning (2002, Faculty of Engineering, University of Porto) and a PhD in Sociology (2011, ISCTE, University Institute of Lisbon). In September 2012, after being awarded an individual grant by the Portuguese Foundation for Science and Technology, she returned to academia and, in the context of a post-doctoral research project, she researched extensively on comparative welfare state regimes and the differential impact of urban and housing policies upon social groups and areas within cities. Within the framework of her Marie Sklodowska-Curie Individual Fellowship, she is currently developing PLANAFFHO. PLANAFFHO (PLANning for AFFordable HOusing) aims to examine how land-use planning contributes to the provision of affordable housing for low-income people and how it has promoted a mix of housing tenures within new developments in three capital cities - Copenhagen, Lisbon, and London - since 2007.

Photo © plataforma idealista/news
Helena Roseta . Member of the Assembly of the Republic since 2015, she was elected as independent candidate within the lists of the Socialist Party (PS). She is President of the Municipal Assembly of Lisbon since 2013. Graduated in Architecture by the Superior School of Fine Arts of Lisbon, she was President of the Association of Portuguese Architects (2001 to 2007). She early developed a long and diverse political career that began in the 1970s, having addressed diverse national and international positions of particular responsibility and relevance. In the national context, it is worth mentioning her involvement and action in the areas of Housing and Social Development, such as: in the City Council of Lisbon (2009 and 2013); her election as a member of the Constituent Assembly (1975) and as a member of the Parliament elected by Lisbon (1976, 1995, 2001, 2015), Setúbal (1979 and 1980), Porto (1987) and Coimbra (2005). She was also elected as member of the city council of Lisbon (1976, 2007, 2009) and Mayor of Cascais (1982 to 1985). In the international context, she was also Vice-President of the Parliamentary Assembly of the Council of Europe (1981 to 1982); an active member of the Congress of Local and Regional Authorities of the Council of Europe (1976 to 1979); and chaired the Parliamentary Committee on European Integration, which prepared the entry of Portugal into the European Union (1981 and 1982). Being active in the debate of the housing issues, she initiated her participation in the Congress of the Democratic Opposition of Aveiro, in 1973. She was also founder of Platform Article 65 - Housing for all, that presented a petition to the Portuguese Parliament in 1973, in order to approve a law regarding Housing and headed the first Housing Program in Portugal, approved in 2010 by the City Council of Lisbon. Continuing the participation in the Housing debate, in 2016, she proposed the creation of the Working Group on Housing, Urban Rehabilitation and City Policies in the Portuguese Parliament, within the framework of the 11th Standing Committee of the Assembly of the Republic and she was its coordinator until 2018. In this year, she presented, for the first time in Portugal, a draft of a law regarding housing policies, with the support of the Parliamentary Group of the Socialist Party (PS). In her academic career, she taught Urbanism and Citizenship, and Urbanism and Municipalities, in political science and sociology and in Urbanism courses, at the University. She regularly participates in the media and television events, with articles and commentaries on topics about political participation, urban issues and citizenship rights. In 1982, she was awarded a Medal of Merit by the Council of Europe. In 2005, she received the ‘Order of Freedom’ in recognition of her fight against dictatorship and construction of democracy in Portugal.